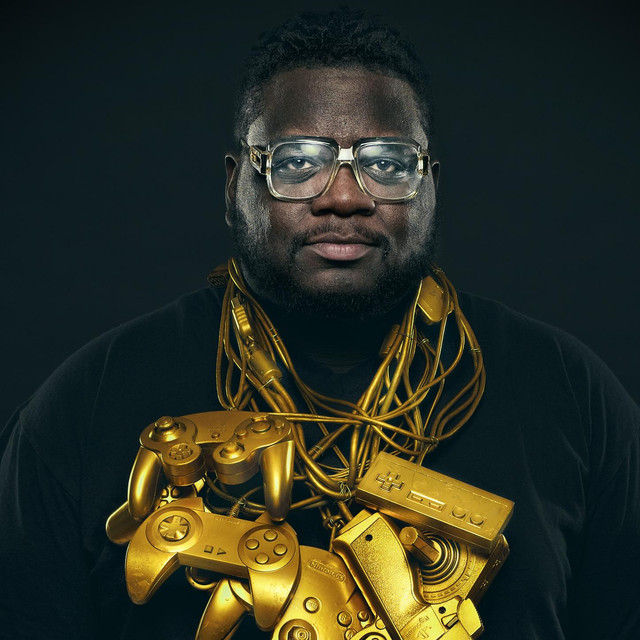 Mega Ran (originally Random)'s innovation in sound and endless touring schedule has made him one of the more influential figures in indie rap, merging traditional sounds with chiptune beats to create what he calls "Chip-Hop."   Born Raheem Jarbo in Philadelphia, Mega pursued a rap career while teaching middle school until Capcom, the creator of the Mega Man franchise, heard his Mega Ran album and made him the first rap artist to be licensed by a major game developer.   Mega Ran released the groundbreaking Forever Famicom in 2010, solely produced by Washington, DC-based K-Murdock of Panacea. The album served as the appetizer to what would be Mega Ran's pièce de résistance: Black Materia: Final Fantasy VII, an album based on the story of the hit video game. The album’s viral success prompted Ran to leave the classroom for music full time.   In 2015, Mega Ran's second Billboard-charting album, RNDM, showed the artist's growth and maturity, as the record charted highly on college radio above notable releases by Dr. Dre, Run The Jewels and more.   In 2018, Mega Ran received a Guinness World Record for his prolific output, and in the following year, Ran and longtime collaborator MC Lars released a joint LP The Dewey Decibel System which landed on the Grammy Shortlist for Best Children's Album. In 2020 Mega collaborated with Young RJ of the legendary Slum Village to release "2 Hands Up," an album that debuted at #9 on the iTunes charts.