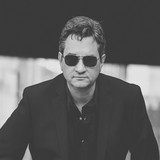 Artist bios often depict their subject with stars in eyes, guitar in hand and Greyhound ticket in pocket, heading down that highway toward a Platinum horizon. This one doesn’t. “If you want to get deep about it, as I get older, I care less and less about what people think,” he says. “I’m just trying to do everything I love and only do what I love.” It is, as Miller says, a blessing and a curse that his father, Roger Miller, was in his day more than just a renowned songwriter and entertainer. More than that, he helped start a revolution in country music, one fueled by eloquent storytelling, informed by modern sensibilities and a willingness if not a compulsion to shatter stereotypes. That is both a legacy to cherish and a hell of a shadow from which to emerge. Miller came to Nashville with a publishing deal and began networking at Number One parties along Music Row. His efforts yielded results, as George Jones, Trace Adkins, Trisha Yearwood, Jamey Johnson and many other headliners recorded his titles. Even so, he soon realized that his life would be better served when unburdened by expectations — a rare epiphany in Music City, to say the least. That’s the way life ought to be, particularly in a world where so many have run out of gas out on the highway to stardom. “I just want to make my songs.” Like they did, perhaps, in more innocent times. Maybe even in 1965 … the title of Dean Miller’s upcoming album release.