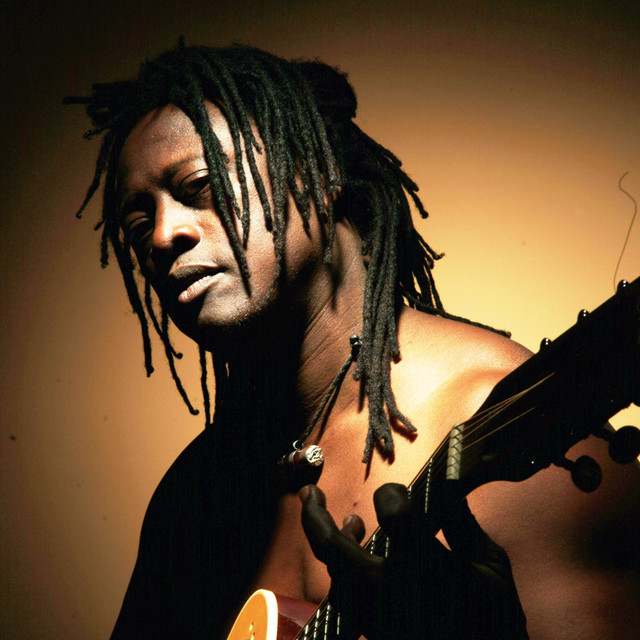 The West African country of Mali has produced some great musicians. But as they age, people have wondered who'll step forward from the next generation. The big answer to that seems to be Habib Koité, who comes from the Khassonké griot tradition, that's the hereditary caste of musicians, but whose eyes are firmly on the future. Born in 1958, his lineage made music a part of his life and it was in order to accompany his mother's singing that he taught himself to play guitar, showing enough ability on the instrument that he was accepted at the National Institute of Arts (NIA) -- remaining there four years after his graduation in 1982 to teach guitar. From his early days, he hasn't played just in the standard Western tuning, but also traditional Malian tunes to make his instrument mimic the traditional n'goni (a four-string lute) and kamele n'goni, or young man's harp, with six strings, giving a richness and native texture to his work. Being at NIA afforded him the opportunity to play with some of the country's top musicians, including the likes of kora giant Toumani Diabaté. It wasn't until he was 30 that Koité decided to form a band, Bamada, and they toured extensively throughout Mali, before heading to the Perpignan Voxpole Festival in France in 1991, where they took first prize. That brought them the chance to record two songs, one of which, "Cigarette A Bana" ("The Cigarette Is Finished"), became a hit across West Africa, to the extent that children would sing its chorus in the streets. That led to another single, "Nanale" ("The Swallow"), and the Discovery of 1993: Media-Adami Award by Radio France International. In the wake of that, came Koité's first album, Muso Ko, which topped the European World Music charts (released in the U.S. 1999 on Alula Records). While many Malian musicians interpreted the tradition, artists who used it as a springboard for their own writing were -- and still are -- rare. But Koité's studies had grounded him in regional styles and rhythms, while his guitar work was strong and often subtle, enough to take in the music and spit it out as something new and fresh. As he said, "My way to play traditional music is to adapt the sounds of the traditional instruments from Mali through my acoustic guitar." By the time Ma Ya appeared -- it became his first American release, early in 1999 -- Koité had matured, both as a writer and a player. Socially conscious, his work had the natural infectiousness of good pop music, with the solid rhythmic and melodic base of Mali. The album, he stated was meant to be "a musical voyage through Mali. I give myself the freedom to move from one rhythm to another." Like Koité, Bamada had also come a long way, offering imaginative, sympathetic backing to his material and voice, although there was no doubt who was the star of the show. In summer 2001, he released his third disc, Bora. ~ Chris Nickson, Rovi