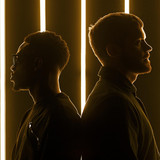 When the multiplatinum duo of Malcolm Kelley and Tony Oller get together, they blur the lines between pop and R&amp;B with timeless charisma, effusive confidence, and an enviable level of swagger. Returning from a two-year hiatus in 2018, the duo flip the script once again. MKTO certainly gave audiences a worthwhile reason to wait. After becoming best friends on the set of Gigantic, the pair initially took pop by storm in 2014. Their breakout single “Classic” cracked the Top 10 of the Billboard Hot 100, earned a double-platinum plaque from the RIAA, and transformed into a worldwide sensation with platinum and gold certifications in Australia, New Zealand, Sweden, United Kingdom, and Denmark. Meanwhile, MKTO’s self-titled full-length debut yielded other favorites such as “Thank You,” “God Only Knows,” and “American Dream.” Following this whirlwind, 2016 saw them commence a much-needed break. Heading home, Tony spent quality time back in Houston with his family as Malcolm joined the cast of the critically acclaimed Detroit from Academy® Award-winning director Kathryn Bigelow. In early 2018, the guys hit the studio again with longtime collaborators Emanuel “Eman” Kiriakou [Selena Gomez, Ne-Yo] and Evan “Kidd” Bogart [Beyonce, Rihanna], who co-wrote and produced all of the previous MKTO releases and will once again be at the helm of the new project being released through their label Crooked Paintings, distributed through BMG. Stay tuned for new music coming SOON.