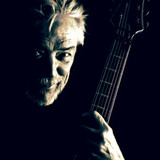 Bobby BeauSoleil has produced a significant body of musical recordings, visual art, and writings hinting at an indomitable creative spirit despite his having been held behind bars nearly all of his adult life. Among his most notable works is the soundtrack for the indie-underground film Lucifer Rising by filmmaker Kenneth Anger. Recorded in prison in the 1970s, this opus stands on its own as a prog-rock symphony of intense passion describing a fallen angel's mythical journey. Since then BeauSoleil has composed and recorded a number of additional albums of deep and evocative music, often correlated to his visual drawings and paintings. His most recent musical release is the epic concept album Voodoo Shivaya, a double-length album showcasing BeauSoleil's instrumental and vocal skills and extending his compelling compositional legacy.