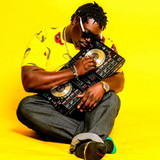 Up and coming artist who's love of Neo-Soul, True Hip-Hop, and all music in general gives his style a new flavor that is needed today. The Singer/Rapper/Song-writer/Producer was born in Birmingham, Alabama and it was his parents that started his love for music. Hundreds of Vinyl Records, CDs, and cassettes have influenced the rhythmic tunes that Soundz Grate's music gives off as soon as you hit the play button. Artist that have critically influenced Soundz Grate are D'Angelo, Missy Elliot, Outkast, Michael, Jackson, Phil Perry, Common Sense, Al Jarreau, Jamiroquai, and so many others, the list is endless. With the negative change that has befallen Hip-Hop started to threaten the culture and meaning behind the craft. Soundz Grate has come out to give Hip-Hop, and RnB the much needed IV she needs to be healthy and purposeful as she once was. With a name like Soundz Grate he has a reputation to live up to, and a hell of a lot to prove to everyone. Keep an ear out for the one who Soundz Grate and walks in the foot steps of legends.