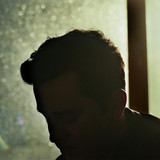 In 2013, Jean-Paul Estievenart launched his own musical adventure by creating his trio with Samuel Gerstmans on double bass and Antoine Pierre on drums. The trio is deeply impregnated by jazz tradition but constantly plays with its codes and extends its borders, while maintaining the elegance and authenticity of its heritage. Their second album, "Behind The Darkness" (Igloo Records, 2016), is an autobiographical opus that refers to the trumpeter's childhood. It also represents the moments of darkness encountered during his existence. In 2018, Jean-Paul Estiévenart launched his new quintet with Romain Pilon (guitar), Nicola Andrioli (piano), Nicolas Thys (double bass) and

Antoine Pierre (drums). This is an opportunity for the trumpet player to be in charge of a project with 2 harmonic instruments, unlike his trio which has none. The repertoire offers lyrical and energetic music and leaves plenty of room for the improvisation of each performer. ('Strange Bird', 2019, Outnote Records). Within a 10-year career, Jean-Paul Estiévenart had the opportunity to meet and play with several big names in the international jazz scene (Enrico Pieranuzzi, Nathalie Loriers, Avishai Cohen - trumpet, Logan Richardson, Dré Pallemaerts, Joe Lovano, Noel Gallagher, the Brussels jazz orchestra, Perico Sambeat, Maria Schneider, ...). He has been playing in a dozen Belgian bands as sideman. This makes him the most demanded trumpet player in the country, with more than 40 albums to his credit.