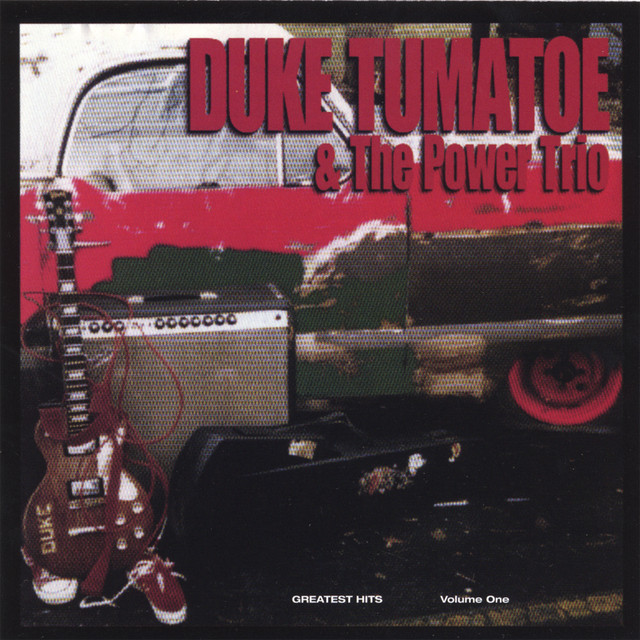 Chicago-born Duke Tumatoe is a musician/showman who has retained a firm career by fusing gritty R&B, rock, blues, and funk injected with equal parts humor and gut-level sincerity. Tumatoe was a founding member of what would become REO Speedwagon. His tenure with that band was short-lived, leaving in 1969 and forming Duke Tumatoe & the All-Star Frogs. For the next 13 years, they toured relentlessly playing throughout the Midwest on countless college campuses and bars. Because of this grueling tour schedule, the band managed to release two albums, Red Pepper Hot! (1976) and Back to Chicago (1982). In 1983, Tumatoe decided to slow down the pace and break up the Frogs. He immediately rebounded with the creation of the Power Trio, who recorded Duke's Up for Blind Pig Records. Tumatoe took advantage of the more flexible schedule and formed his own record label, Sweetfinger Music. Over the next several years, Tumatoe released four discs on his label, Dr. Duke (1992), Wild Animals (1994), Greatest Hits Plus (1996), and the all-instrumental Picks & Sticks (1997). Throughout his illustrious career, Tumatoe opened for several legendary figures in blues and rock, including Muddy Waters, Buddy Guy, B.B. King, George Thorogood, Fabulous Thunderbirds, and John Fogerty. Fogerty was so taken with Tumatoe's performance, he produced the critically acclaimed 1988 live album I Like My Job! on Warner Bros. In 1999, Tumatoe signed with the J-Bird label, which released A Ejukatid Man that same year. In 2001, Tumatoe had tongue firmly in cheek with the releases Pompous & Overrated and the raunchy seasonal disc It's Christmas (Let's Have Sex). Duke Tumatoe & the Power Trio appeared from Sweetfinger Records in 2003, followed by 2006's You've Got the Problem! on Blind Pig Records. ~ Al Campbell, Rovi