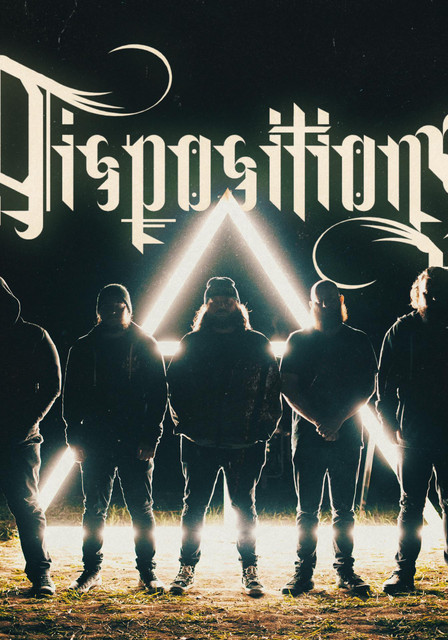 Dispositions is Ethan Massey, Jameson White, Cody Hambright, Taylor Gundvaldson, Jeff Funk and Daniel Hambright. Formed by Ethan Massey as an internet project in 2015, Ethan soon found members for Dispositions in early 2016 after writing their debut EP, “Dead Era.” After dialing in a fresher sound Dispo has released 6 singles along with music videos for each one of them. With focusing on their live show more and more, Dispo has added not only their own light show but added pyrotechnics to the mix to really send their live show over the top that most national acts can’t even touch.