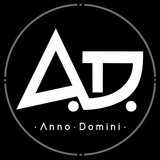 Hannah Mai Young started her story in a small sleepy village in the north of England. From here she was, from a young age inspired by the likes of Jean Michelle Jarre, Vangelis and the electronic sound of Kraftwerk and similar bands at the time. After a diverse musical apprenticeship which had included a period of time playing keyboards for Death Metal pioneers Venom under the pseudonym VXS, Hannah Young's musical vision begun searching the chaos, the edge between darkness and light for a sound that was uplifting and euphoric but dipped into the darker realms for musical contrast. The time was the early 90s and she found deep in the rave culture the sound of trance. This gave a perfect vehicle for exploring a more evolving style of dance music other that the 3 minute radio edits of the common pop. The rave culture evolved into an explosion of underground musical genres and one in particular caught her attention. Whilst loving the banging acid trance scene in London a new night popped up on the nightlife radar “Return to the Source” After going to this event, she found a new sound, a new energy which she was going to evolve in her own way. By blending the harder percussion and burbling acid sound with this new found energy, fused with inspiration from the middle eastern/Asian melodies and storytelling from the mystical spiritual pages of the new-age. A new melodic psychedelic trance sound was born and Hannah and her new band Chi-A.D. begun a varied musical career.