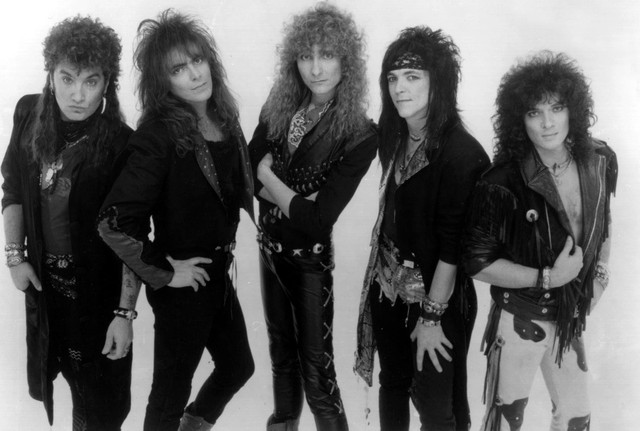 A talented, hook-driven hard rock outfit that hit it big in 1984 with the pop-metal party anthem "Turn Up the Radio," Autograph's winning blend of sophisticated and melodic AOR and pop-metal drew comparisons to artists like Van Halen, Fastway, and Slade. Formed in Los Angeles, California in 1983 by vocalist Steve Plunkett, guitarist Steve Lynch, bassist Randy Rand, keyboard player Steven Isham, and drummer Keni Richards, the band quickly landed a deal with RCA and released its debut LP, Sign in Please. Issued in 1984, the album included the singles "Send Her to Me" and "Turn Up the Radio," the latter of which would go on to be considered an '80s classic. Released in 1985, That's the Stuff boasted a pair of high-octane singles in "Blondes in Black Cars" and the anthemic title track, and was followed by a string of opening slots for Mötley Crüe and Heart. Lackluster label support resulted in 1987's otherwise strong Loud and Clear not performing as well as its predecessors, and the following year saw the band leave RCA and eventually cease operations in 1989. Autograph reunited, sans Plunkett, in 2014 for a series of festivals, and in 2015 they issued their first new single in decades, "You Are Us, We Are You." A five-song EP, Louder, dropped the following year, and in 2017 Autograph inked a deal with David Ellefson of Megadeth's EMP label and released their long-awaited fourth studio long-player, Get Off Your Ass. ~ James Christopher Monger, Rovi