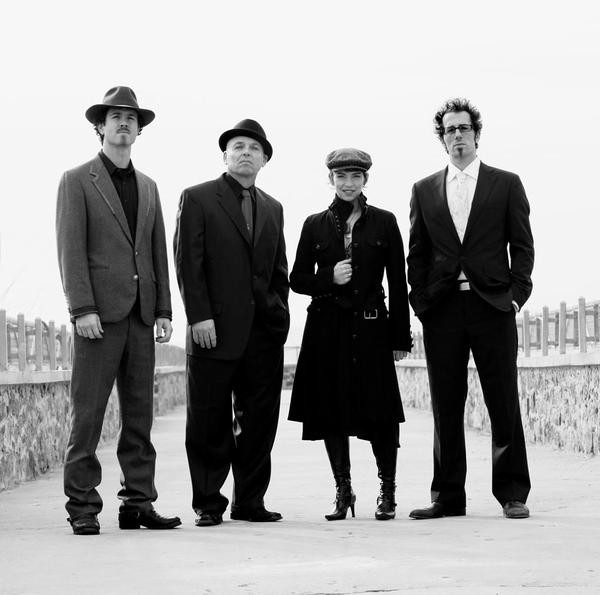 The Book Of Knots

Featuring The Book Of Knots

The experimental art rock studio collective the Book of Knots got together in the spring of 2003 around Matthias Bossi, Joel Hamilton, and Tony Maimone (the last two also run the Studio G recording studio together). Based out of Brooklyn, the collective's members' résumés were already rather impressive, each of them having played or worked with acts like Skeleton Key, Sleepytime Gorilla Museum, Shiner, Battle of Mice, Sparklehorse, Elvis Costello, Unsane, Pere Ubu, Frank Black, They Might Be Giants, and more. It wasn't until Austin's Arclight Records got in touch and offered to release the crew's recorded output that the guys decided to take the Book of Knots more seriously than initially planned. Work began on album number one, and halfway through its recording, violinist/vocalist Carla Kihlstedt (Tin Hat Trio, Sleepytime Gorilla Museum, 2 Foot Yard) joined on to solidify what would become the group's core quartet. Together, the Book of Knots decided to release three conceptual records -- their first was to be an ode to rotting seaside towns; their second would be a tribute to the American rust belt; and their third was devoted to all things aeronautical. As such, their seafaring self-titled debut appeared in 2004. They upgraded to Anti- in November 2006 and released their Americana-tinged sophomore effort, Traineater, the following April; the album featured guest spots from the likes of Tom Waits, Mike Watt, Jon Langford, and David Thomas. Released in 2011, the requiem for the space age Garden of Fainting Stars completed the band's "By Sea, by Land, by Air" trilogy of albums. ~ Corey Apar, Rovi