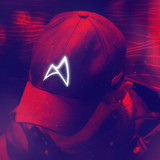 At only 24 years old, Swedish-born Oscar Christiansson (better known to 2.000,000+ monthly listeners as Arc North) has distilled his chilled Stockholm upbringing into a one-man production machine. Living proof that the sounds of the north are as exotic and invigorating as any other music out there, Christiansson is focused on showcasing his own unique northern flair. He’s even found his way onto the radar of Spotify tastemakers; his 2018 release ‘Raging’ was placed onto the prestigious MINT playlist, where the track stood with EDM giants like Marshmello, Martin Garrix and Tiësto. Arc North has had a spectacularly unconventional rise in the electronic music scene through his use of collaborations with influencers across social media. With his songs showing up across the internet from videos by YouTube giants Jake Paul, Faker and Nightblue3 to support from industry leaders such as Steve Aoki, Tiësto, Don Diablo and Alan Walker. In the face of his growing success and 300 million streams under his belt, as well as his feature in an award-winning film production with his song 'Together Now', Christiansson remains noticeably humble. He works on frequent collaborations with fans, and occasionally even hosts his own radio show to showcase what’s fueling his creativity. Although his fanbase is evergrowing, his resolve and passion remain unchanged. Arc North makes music for music’s sake, and it’s this mentality that is sure to make him a producer to watch in 2021.