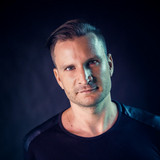 Australia's number 1 DJ, MaRLo has become synonymous with a sound and a feeling that has electrified crowds worldwide. Dutch-born and Australian raised, the globally in-demand DJ and producer has constantly evolved his own “MaRLo sound”, cementing his reputation as a genuine musical powerhouse. As well as his number 1 ranking in Australia's Inthemix voting competition, He was also ranked #88 in the world in this years DJ Mag Top 100 Poll Over the last few years MaRLo has really stepped it up a notch, He started his own concert style events named “Altitude” which have sold out in all 9 cities he has brought the shows to. Every year around 15000 people attend the Altitude events, and plans are in the works to expand them to bigger venues and in more cities around the globe. In combination with the massively popular events, He also launched his own label “Reaching Altitude”, a sub label of the legendary Armada Music, and is dedicated to recognising and nurturing the next generation of talent. With a year ahead headlining some of the world's biggest events, and a full release schedule. MaRLo is a musical juggernaut that can’t be stopped.