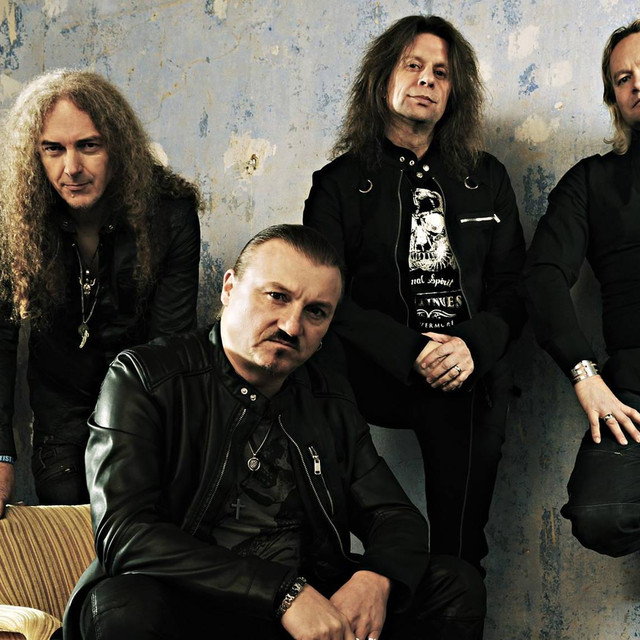 BEFORE THE AXXIS STORY... At the beginning of the 1980s a band called ANVIL from Lünen played in almost every city around their hometown. The members: Werner Kleinhans (bass), Klaus Jankord (guitar), Thomas Kampmann (drums) and Bernhard Weiß (vocals & guitar) As they mentioned another band called ANVIL from Canada, they changed their name into AXIS. In this time they traveled around in the Ruhrarea region but also in some other places to promote themselves. To get more gigs and of course more success they invest some money in a demo production in the DIERKS STUDIOS in Collogne to record their new songs HOT SUMMER NIGHT and OUT OF THE NATION. The recording enginieer was an unkown guy called MICHAEL WAGENER. The "POP AM RHEIN" Festival in Düsseldorf/Philipshalle 1984 was their biggest success. Here they got to know Walter Pietsch who was sitting in the audience. THE BEGINNING… In 1988 after sending in only one demo song AXIS were signed to EMI Electrola. For legal reasons they had to change their name AXIS into AXXIS. The debut AXXIS album "Kingdom Of The Night", 1989 which was already released in Europe, Canada, Japan, Australia and the USA sold over 100000 times immidiately. It became the best ever selling debut album by a Hard Rock band in Germany in 1989.

"Axxis II" marked a similar huge success in 1990, followed by the authentic and energetic live release "Access All Areas" a year later.