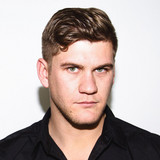 Cadmium is a Pop/Future Bass producer raised out of Florida. He found his passion for music production shortly after joining the US Air Force back in 2011. However, he did not release his music under the name of Cadmium until his first big release started on Frequency with his friend and frequent collaborator Rival with their song “Daily” featuring Jon Becker in 2017. Since then Cadmium has made a mark in the music industry and pushed his way up the ranks to make a name for himself. Cadmium is an independent artist who releases free to use music every single month for other Youtube channels to use for their videos. Cadmium still serves in the armed forces today, but stays committed to give his fans the great music they deserve.