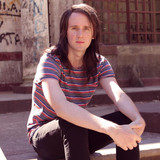 Sebastian Schneider's solo career started in 2004 after being part of several underground bands. He released his first solo album "Canción Para Nadie" in 2005. In 2007 he released his second album "Una vida más", published by Warner/Chappel. The featured track "Dame" was airplayed all over Latin America, which allowed him to embark on his first international tour in 2008. In 2010 he released a series of two EPs by performing live at Luna Park, Buenos Aires' most iconic venue. By 2015 he released "Something strange happened here", a bilingual album (with both spanish and english songs) while going on tour nationally and internationally leading 2016's Enerpol Fest in Bolivia.