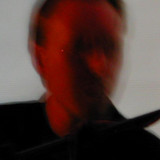 It all started experimenting with the first techno in the late 80:ies with quarky synthesisers and funky drum machines. And at the same time improvising as a drummer in a jazz combo with some really talented friends. This made the foundation of what finally in 2002 was to become the Stockholm Cyclo project. Alexander Ståhle aka Stockholm Cyclo is a swedish nujazz producer and has released two albums and eight EPs on the labels Raw Fusion, Irma Records and Soundscape. He is based in Stockholm and has been touring to Japan, Milano and St Petersburg. The first 12’ release was “Electronic Ghetto Twist” on DJ Mad Mats’ label Raw Fusion Recordings. Played and listed 2002 by Michael Reinboth (Compost), Les Gammas, Reinhard Wimmer (Bogaloo), Jason Palma (Higher ground), Mitsuru Ogawa (DMR Rec) and Michael Ruttens (Soulpatrol/Compost) Warrior Jazz Set. Finally it was licensed to the compilation “Scando Nova – future sounds from the scandinavian underground” compiled by Björn Torske (Röyksopp) and DJ Zak Frost. Review of the first album "Beginning People" (Irma Records)

in the magazine BON: "The music is made with the same precision as an architectural drawing. And you can dance to it." Alexander Ståhle is today working as an urban design researcher in Stockholm and has published the book Closer Together: This is the future of cities.