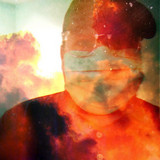 Johnny La Rock is a producer, vocalist, programmer, and multi-instrumentalist from Cleveland, Ohio. His music often draws from a wide variety of influences, including hip-hop, pop, and various forms of electronic music. His debut full-length, Gold Codes, was released in 2018. It was an homage to '90s Eurodance - it also mixed in elements of rap, moody pop, and industrial music. La Rock also performs instrumental hip-hop and downtempo electronic music with Furface as “Johnny La Rock & Furface” aka JLRFF. From 2007 to 2013, he was the lead singer/producer for the synth-pop/post-rap group, Presque Vu. He founded La Rock Inc. Records in 2003.