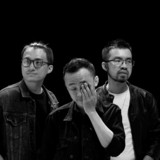 Vietnamese alternative-rock trio Cá Hồi Hoang were formed by Ming and Thành Luke in July 2013, citing such influences as Coldplay, The Killers and Snow Patrol. Chương II, the band's debut album, was release on November 2014; despite the fact that a full lineup was yet to be completed. Giấc.mơ.giấy, the second album were released in December 2016, marked the official debut of Leo (bass). Leo had played with the group on the earlier summer "Linvin'" tour. The band got back to the studio again shortly after the album launching tour, working on the 3rd album Gấp. Featuring Có Thể and Tầng Thượng 102, the album were released on November 2017. The EP Cócầnphảicólýkhông? and follow-up compilation Gấp Gap: Có Cần Phải Có Lý Không? were introduced in 2018 when the band planned on writing for their next records. Thành Luke insisted on making a concept album which later named Hiệu Ứng Trốn Chạy. Their fourth album were released on July 31, 2019, including key singles 5am and Acid8. In 2020, Cá Hồi Hoang began working on their fifth studio album with their familiar-sounding materials. The resulting record that called Ngày Ấy Và Sau Này, featured single Một Màu with the B-side track Cứ Để Ngày Mai. The band cited that they would rather try to make a record with more condensed-sound and lyrical meaning than constantly think about any another experimental materials.