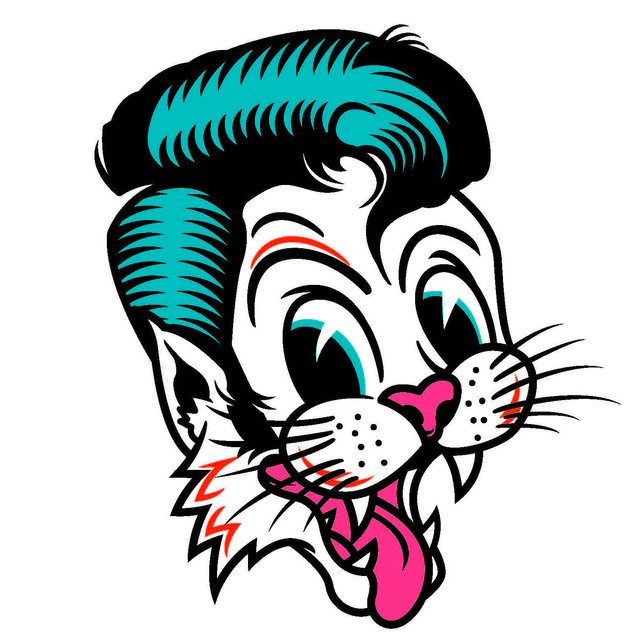 STRAY CATS, the band that put Rockabilly music back on the record charts in the early '80s, scored several big hits on both sides of the Atlantic thanks to a striking visual 1950's style brought "up to date" with exaggerated pompadours and colorful tattoos and as well as genuine musical chops that evoked the best players of rockabilly's original heyday. Formed by guitarist/vocalist Brian Setzer, upright bass player Lee Rocker and drummer Slim Jim Phantom in the Long Island town of Massapequa, NY, in 1979, the trio shared a love for Rockabilly music and after banging around New York and Philadelphia for a few months, in the summer of 1980, they were persuaded by a mutual friend to hop a plane to London where a rockabilly revival movement was just beginning to emerge. Their massive hits and videos include "Runaway Boys," "Rock This Town," "Stray Cat Strut" "(She's) Sexy + 17," and "I Won't Stand in Your Way."