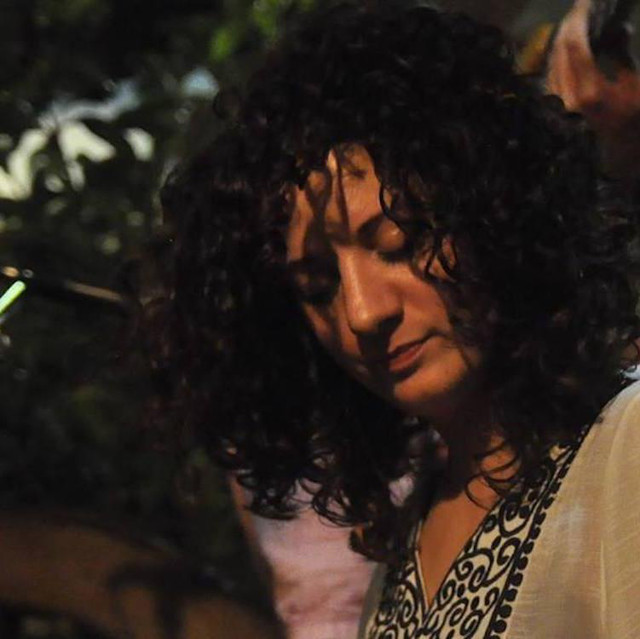 Her amiable approach and soulful exceptional voice has given her a truly unique career, being among the few independent singers who combines opposites and brakes the taboos in her lyrics and sounds, dancing effortlessly along the fine line between general and personal, at times she sings of the delights and sensuality of the body and at others about the revolutionary soul that resists dullness and aridity. Terez is an independent Palestinian singer and songwriter, she launched her first major Concert Tour “Indi Kalam” (I've Got Something to Say) in 2010, when she was 24, and quickly become a well - loved name in the Palestinian indie music and in the Arab World. In 2014 Terez with guitarist Yazan Ibrahim formed Terez Yazan and Friends and a year after they released their first album Almond Blossom. BeeHype praised them as one of Middle East’s best-sounding collectives. In 2015, Terez teamed up with Portuguese singer Sofia Adriana Portugal to form Mina World Music. The band self-released their first album titled “Mina” in 2016. Terez also released many collaborations of independent singles and music videos, such as “Salah” (A Prayer), “God of Revolution” and

“The Green Revolution”. In March 2020, Terez released her latest album When the Waves. The album that brought her together with musician Raymond Haddad is a closing circle for both artists, since their last collaboration was one of Terez’s first solo concerts “Majaz” (Imagery) back in 2007.