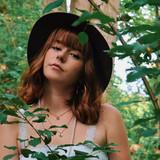 19-year-old Canadian artist Alyssa Bart has been described as ambitious, passionate, and optimistic. Influenced by artists such as Kacey Musgraves, Lizzy McAlpine, and Catie Turner, Alyssa brings her intriguing storytelling, crisp guitar playing and smooth vocal phrasing to her music. 'Hold On' Alyssa's debut single was just released and handed over to her listeners as a song to escape from reality and reflect on the memories of the past. The official music video for 'Hold On' was also just released to youtube. Alyssa continues to work locally in Barrie, ON and took home the award for "Most Promising Youth" in 2019 at the Barrie Arts Awards. She is currently studying Classical Voice Performance at The University of Western Ontario and is making up for missed live shows with copious amounts of live streams. www.alyssabart.com