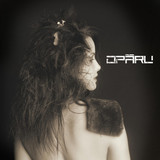 Opāru is the stunning musical endeavor of Los Angeles based songwriter, singer and actress Dianna St. Hilaire. Opāru’s music can be described as electro with a dark ethereal undertone. Combined with dreamy operatic vocals, Opāru’s work creates a unique depiction of modern synth-pop culture. Originally from Albuquerque, New Mexico, St. Hilaire started to write and perform music at a very young age in choir and musicals. Self taught, her first instrument was the piano and she worked tirelessly at the craft of reading and writing music. When St. Hilaire was in her late teens she began performing with punk bands and for producers as a back up/ studio vocalist in New Mexico, where she took on her first musical alias, the highly successful group Versailles. Partnering with the infamous Kim Fowley, she has toured the US extensively, been featured on the official Grammy ballots, as well as charting on Billboard. St. Hilaire reinvented herself with the new project Opāru, deriving from the Japanese name of the birthstone opal. Opāru’s roots stem from dream pop, synthpop, indietronica and new wave. “The music represents pure animalistic human emotion”, St. Hilaire confesses, “It epitomizes what it is like to be human by transcending the human experience with self-discovery and acceptance of who we are on an emotional level.” Influences can be found throughout the record including the likes of Mt Eden, Odesza, Aurora, Lindsey Stirling, Chvrches, Black City Lights and Grimes.