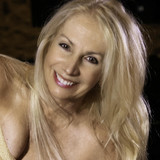 Carol Comune dances between the serious and the light, the traditional and contemporary, with strong influences from her Italian heritage, Impressionism to Romanticism. This has earned her a reputation as one of today’s premiere pianists, performing extensively throughout the eastern United States. Comune has been a featured artist at famed venues such as the New England Conservatory of Music, Lincoln Center, Steinway Hall, and the Kravis Center. Comune’s music has also been featured on the NBC Today Show. Comune founded, Elegant Entertainment & Co. (BMI) in 1985, producing ten, critically acclaimed albums ranging from original Contemporary to Classical. Later, Comune founded Comune Music Press, dedicated to producing piano music in the Classical/Contemporary genre and New Age Contemporary genre. Since 2017, Comune’s compositions have been promoted exclusively by Double J Music. She has recently released two EPs: "Classically Yours"(2018) classical to modern and "From the Heart" (2019) original compositions. Comune is also a faculty member at the Westminster Conservatory of Music Honors Music Program, as a Chamber and Performance Coach, private piano and accompanist. She has been awarded several accolades such as The Steinway Top Teacher Award, 2016 and 2017. Comune continues to be mesmerized by the piano’s sounds, touch, the ability to express one’s sentiments, passions, and love all in one instrument. Sheet music PDFs for Carol’s music. www.carolcomune.com