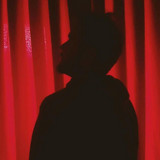 Gktrk is a Chillout producer who has racked up over 10.000.000 streams across platforms. Fueled by his own dark suicidal years, he lights up the lives of his listeners with his moody yet uplifting songs. He started producing in 2015. In 2012 he tried a suicide attempt and after that, he crossed paths with electronic music, especially the genre Chillout. Chillout cured his mental health within a year and after that, he decided to help other people who suffer from the same situations as he did. Over the last few years, he achieved his main goal and he's still trying to achieve more. Basically, a free soul who loves to ride a motorcycle and produce some music.