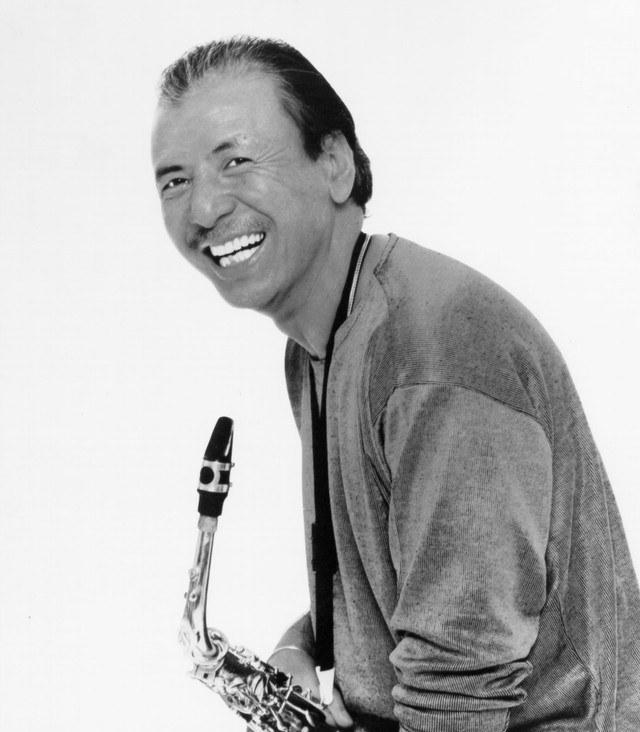 One of the most well-known Japanese jazz musicians of his generation, Sadao Watanabe is an adept, bop-influenced saxophonist with a deep love of Brazilian bossa nova. Watanabe initially gained global fame in the 1960s with Bossa Nova Concert and Sadao Meets Brazilian Friends, showcasing his warm tone and lyrical, swinging sound. His subsequent recordings, highlighted by 1974's Round Trip, 1984's Rendezvous, and 1999's Remembrance, found him traversing such varied styles as funk, fusion, and crossover pop. Since the 2000s, Watanabe has focused largely on acoustic post-bop, Brazilian traditions, and straight-ahead jazz, as on the 2017 orchestral concert album Encore! Born in 1933 in Utsunomiya, Japan, he grew up in a musical family and initially played clarinet in high school, a choice purportedly inspired by seeing Bing Crosby play the instrument in 1941's Birth of the Blues. However, Watanabe soon picked up the alto saxophone after discovering the bebop recordings of Charlie Parker. Upon graduating high school, he relocated to Tokyo, where he gained his first professional experience playing with dance bands. In 1953, he joined pianist Toshiko Akiyoshi's group, ultimately taking over the ensemble after Akiyoshi moved to the United States. Watanabe eventually followed suit, attending Berklee College of Music in Boston from 1962-1965. While at Berklee, he broadened his stylistic scope, investigating Brazilian music and performing with luminaries like Chico Hamilton, Gary McFarland, and others. It was also during this period that he made his recorded debut, appearing on a handful of albums including a 1961 self-titled album and 1965 follow-up, Sadao Watanabe Plays. Moving back to Japan in 1965, Watanabe split his time between teaching and performing, appearing on 1966's Going Home: A Modern Jazz Album and joining fellow saxophonist Charlie Mariano on 1967's Iberian Waltz. He also displayed his love of Brazilian traditions on a steady stream of bossa nova-steeped albums, including 1967's Bossa Nova Concert and 1968's Sadao Meets Brazilian Friends. He also began appearing more regularly around the world, including a high-profile appearance at the 1970 Newport Jazz Festival, and developed into a highly regarded, world-renowned jazz performer. Watanabe's albums during these years reflected his eclectic musical taste and found him moving from straight-ahead dates like 1976's I'm Old Fashioned to expansive Brazilian fusion sessions such as 1977's Autumn Blow, and even breezy crossover pop affairs like 1979's Morning Island. The '80s were also a fruitful time for Watanabe, who toured heavily, making numerous festival appearances. As a recording artist, he continued to embrace a crossover, funk, and R&B-influenced sound on albums like 1981's Orange Express, 1984's Rendezvous, and 1985's Maisha. That said, he never gave up his love of Brazilian music, as evidenced by his 1990 collaboration with singer/songwriter Toquinho, Made in Coracao. More successful pop-influenced albums followed with 1991's Sweet Deal and 1994's Earth Step. While the saxophonist certainly enjoyed mainstream appeal, he always remained indebted to his bebop roots, and peppered his discography with acoustic jazz dates like 1997's Go Straight Ahead 'n Make a Left and 1999's Remembrance, both on Verve. As Watanabe entered his fifth decade as a recording artist, he continued to balance his time between exploring his love of bossa nova and his longstanding dedication to acoustic bop-influenced jazz on such albums as 2003's Wheel of Life. In 2006, he reunited with saxophonist Charlie Mariano for Sadao & Charlie, followed by 2007's Basie's at Night. Two years later, he joined pianist Gerald Clayton for Into Tomorrow and once again returned to gorgeously rendered Brazilian jazz for both 2011's Come Today and 2013's Outra Vez. The intimate and urbane Naturally appeared in 2015. In 2017, he delivered the orchestral-tinged live album Encore! Recorded at Tokyo's Bunkamura Orchard Hall, the album featured appearances by Dave Grusin, Robben Ford, and others. Also that year, Watanabe released the studio album Re-Bop, which he revisited in 2018 with the companion live album, Re-Bop the Night. Another concert album, Sadao 2019: Live at Blue Note Tokyo, arrived in 2019 and showcased his group with bassist John Patitucci, pianist Russell Ferrante, and drummer Steve Gadd. ~ Matt Collar, Rovi