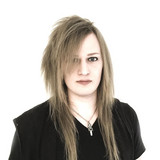 Areku is a composer and musician from Sweden, most known for his works as a solo artist and being the founder and guitarist of the Visual Rock-band Avalinity In July 2016 he founded Gance Media, the label on which he releases his own music and others selected artist, such as Master K and SaSa. With a creatively restless musical output and a wide spectrum of influences, his releases ranges from Post Rock in “One to None ”, EDM in his Spotify-debut “Traveler” , to the neo-classical adventures of “Everlasting” where he took on composing for orchestra. With this versatility in genres, there is even more to be expected of this multi instrumentalist in upcoming releases.