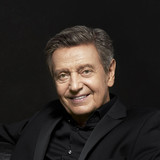 From the 1971 release of his breakthrough hit "Zeven Anjers, Zeven Rozen," Flemish schlager singer Willy Sommers has reigned as his region's most iconic singer and television host. He began his career in the mid-'60s with a few rock bands (including the Sons of Abraham and the Yeats) before forming a partnership with producer Roland Verlooven to become one of the most popular solo artists on the Flemish pop scene. "Zeven Anjers, Zeven Rozen," spent 19 weeks at number one, and after making inroads in France, Germany, and Spain, he made the first of several appearances at Schlagerfestival. Continuing to score Top Ten singles throughout the '80s, Sommers then branched into television as the host of the music show Tien Om Te Zien. He remained a force in the recording sphere, however, regularly charting in Belgium with each album and seemingly becoming more popular with each release. In 2011, he celebrated the 40th anniversary of his most famous song with 40 Jaar Hits, a career-spanning compilation that surprisingly reached number two. Both 2013's Pluk de Dag and 2015's Gisteren Wordt Vandaag spent time in the Top Ten, and Sommers also reached the Top Ten of the singles chart with "Jij Bent Zo Mooi," a 2014 single recorded with Flemish pop group De Romeo's. Het Erfgoed Van Willy Sommers, a 2016 compilation and book that focused on the 1972-1982 period (his first decade as a hitmaker), reached number one in Belgium in 2016. ~ Jon O'Brien, Rovi