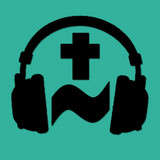 Hello, I'm DJ Flubbel, my style varies from Christian EDM to uplifting Christian hardstyle. My core message: "God loves you the way you are, He is waiting for you with open arms!" My first album "Christian Hardcore" was released in 2010 with D-Morphian. In 2013 I released my second album "Christian House" with Matthew J. Bentley a.k.a. Theology (USA), in cooperation with Audile, DJ Jireh, Dash, Onix & Matthew Parker. In 2015 I was honored to appear on the Dutch national television and released my third album: "Christian Hardstyle". In 2016 I released the EP "Graceland Anthem" for my gig @Graceland Festival and in 2017 "Eat, Sleep, Praise, Repeat" for my gig @Sound of Heaven Festival and I was booked for the Amsterdam Dance Event (ADE). In 2018 I contributed on the European Christian Artist Seminar. In 2019 I released my charity track "River Flows in You". In 2020 I released my fourth album: "Christian Hardstyle Remix Project" feat. Coroxxon (GT), Exodus Project (MX), Resonant Force (MX), The WLF (NL), Stryptic (NL), Karlizimo (USA) and D-Morphian; and the EP “Merry Hardstyle Christmas”. In addition, last years I contributed tracks for "The Edge" (2011 & 2013), “Life@Opwekking 17” (2014) & Cross Nation (2017 & 2018); I was aired on many radio shows including: Salt Radio, GodsDJs radio, Ultra FM, Revival FM, BEAM & Hello You FM, GNR and interviewed by Vice. Please share my music and help with my goal: spreading the Gospel using electronic dance music! <3