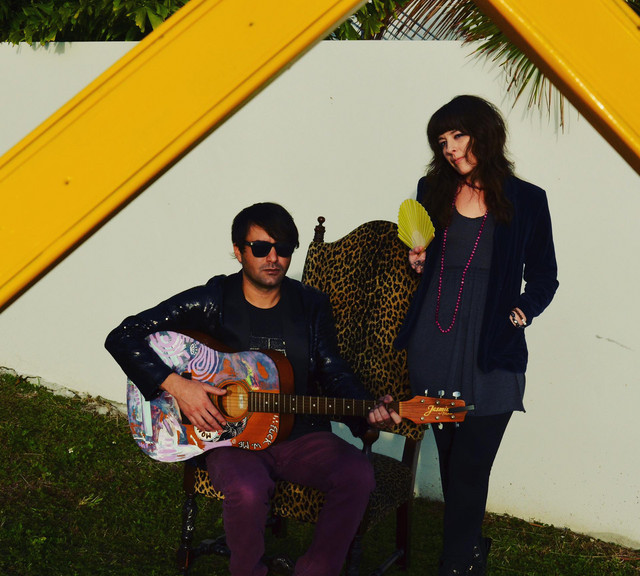 'Vestiges of Tails Appear in All of Us' out worldwide on 4/24/2020  https://AncientWhales.com  A band that thrived in the underground house show scene, playing garage rock with psychedelic undertones, punk tendencies and pop melodies, excellent at having fun and pissing people off, Ancient Whales are a combo based in the southeast that have performed with The Nude Party, Caroline Rose, The Humms, Greg Cartwright of Reigning Sound, Axxa/Abraxas, Sin Kitty, Anwar Sadat, DJ Jared Swilley (Black Lips), The New Sound of Numbers, Mr. Elevator & The Brain Hotel, Allah-Las and many more.   They began collaborating in Athens, Georgia circa 2008 after being in the bands Twin Tigers, Firework Child and Puddin' Tang. AW has hosted a cast of talented musicians such as Shaun Ringsmuth of the band Street Sects, BP from Of Montreal, and Oakley Munson now in the Black Lips.   Ancient Whales began in 2010 when Enoch Bledsoe & Natalie Bledsoe recorded a lo-fi album, “The First Album” and gathered a band around them. In 2012 they recorded the “Birthing” EP with Joel Hatstat in Athens, GA, followed by the album “Vestiges of Tails Appear in All of Us” recorded in Asheville, NC with Ryan Rapsys. Ancient Whales performed as the musical guest on Cartoon Network's Adult Swim show Bloodfeast in 2018, where Enoch accidentally set a trashcan on fire. They were nominated for a Flagpole Magazine Music Award and have been featured at Athens Popfest, AthFest and Chattanooga’s Do You Hear We music festivals.