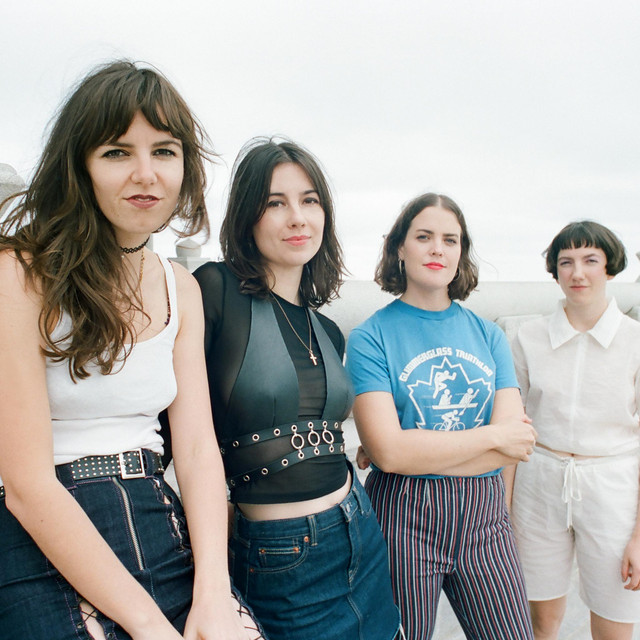 Body Type are a garage pop group based in Sydney, Australia. Sophie McComish (guitar, vocals), Cecil Coleman (drums) and Georgia Wilkinson-Derums (bass, vocals) hail from Western Australia, while Annabel Blackman (guitar, vocals) is from the opposite side of Australia’s coastline in New South Wales, but by some great stroke of luck they all relocated to Sydney for hopes, dreams and full-time jobs. What began as a jam session between Sophie and Cecil gained momentum with the addition of wildcards Annabel and Georgia, and the group released their first single ‘Ludlow’ in 2016, which was recorded in an attic on borrowed gear by Nathalie Pavlovic. 2018 saw the release of the group’s eponymous EP through Inertia Music and Partisan Records. Body Type’s second EP followed in 2019, aptly titled ‘EP2’.