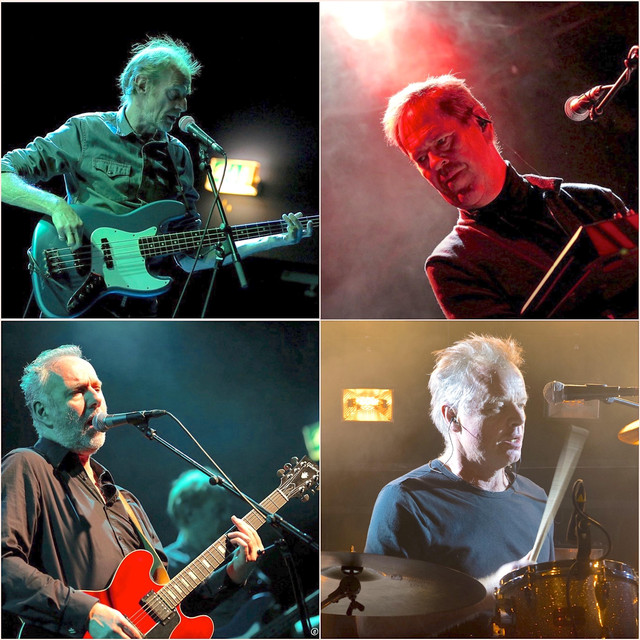 With a big jump, we leaped from the eighties to the present, leaving once upon a time hit singles like This Is Welfare and Another Sunny Day behind and writing new exciting songs that relate to the present - just like they used to do. Our new EP "Enter Sanctuary" is out 26 November, successor of "Werkman" from 2018, and there's more in the pipeline for 2021. Between 1982 and 1985, we released three albums: Working In Los Alamos, This Is Welfare and Under The Surface, the latter two on Epic Records. After that, we broke up in 1986. In 2014, we got together for a one-off show in the Amsterdam Paradiso that proved to be not so one-off after all. We started co-writing new sounds, songs and words, and recorded them in several studios in the Netherlands. The result was Four. A series of songs like a motley crew of colours and themes and reminiscent of our social engagement in the eighties. "Werkman", our fifth, is a concept album dedicated to De Ploeg, the artist circle from Groningen. It features 6 new songs, of which

'So Long H.N. Werkman' stands out as a tribute to the famous artist and printer from Groningen. The music video accompanying the song, made by animator Iris Frankhuizen, is permanently on show in the Groninger Museum. "Imaginary Western" by singer Hans Croon, aka Son of Han, is a tribute to the music of Jack Bruce. Read more at https://thedutchband.com.