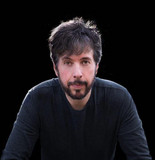 For Skip Ewing, there’s a mystique about the West, a land populated by fascinating characters and shaped by unforgettable legends. Ewing’s album, “Wyoming,” is as expansive as the majestic landscape of his current home and as deep as his roots in Tennessee, where he evolved from early days as an Opryland performer to one of Nashville’s most successful singer/songwriters.   Ewing has had songs recorded by Keith Urban, Zac Brown Band, George Strait, Keb Mo, Willie Nelson, and numerous others. His #1 hits include Collin Raye’s “Love, Me,” Diamond Rio’s “I Believe,” Kenny Chesney’s “You Had Me From Hello,” Clint Black’s “Something That We Do,” Brian White’s “Rebecca Lynn,” “Someone Else’s Star,” and “I’m Not Supposed to Love You Anymore.” As outstanding as those cuts are, there’s something achingly poignant about hearing Ewing sing his own compositions. On Wyoming, Ewing is back to do just that.   A former BMI Writer of the Year, Ewing says, “I wasn’t writing for this to be a certain kind of record. I just listened and let my heart speak.”   Experiencing Wyoming as an album is captivating. The melodies wash over us; the lyrics transport us. We become enveloped in the lyrical fabric, and musical tapestry Ewing has woven.   “I believe there is poetry in all music, and music in all poetry, Ewing explains. “I hope you experience that in this project. Meaningfully connecting with people through what I write, what I say, and what I sing... that means the world to me.”