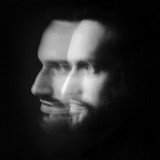 Born to both Austrian and Russian parents, it was the UK which played the biggest role in the pathway to the present for multi-faceted producer MOTSA (aka Valerio Dittrich). A passion led by the DIY party cultures whilst living in Scotland at the age of 16, soon saw him start writing, producing and playing his own music. Influenced by the social and political climate of the modern world, his 2019 album, ‘Perspectives’, was inspired by his acute awareness of modern society’s dependence on technology, and the social media bubble also responsible for globally polarizing our current civilization.

With MOTSA encouraging his listeners to spend less time behind computer screens and more time outside in nature to broaden our horizons and reflect on human decisions, many of the album’s samples were recorded from his own environment. Using the sounds of children playing in the sand on a Balearic beach, crickets in the grass, or the ambient soundscapes of bells recorded from his father’s apartment in Moscow, the producer also recorded and sampled his own voice to create distant, choir-like melodies in many of the tracks. Combining his unique artistic style with the musical diversity that has garnered the attention of several influential figures, tastemakers and labels, MOTSA addresses his listeners through a careful ethos based on differing human perspectives of the same situation, whether politically, globally, or across human relationships.