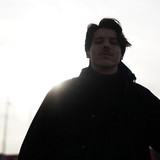 ▪️ Luno House & Astro Tech When the sun sets, the Luno rises. As just that happened one life-altering night in Mainz, Germany Chris entered a new cosmos called the ‚rave‘ and never walked out on it ever again. Feeling the urge to support the scene, Luno held residences in the Netherlands, while studying the subject of Media Management meticulously. This lead him to be picked up by the illustrious duo Tube & Berger and their labels Kittball and ZEHN Records. This is where he quickly began to level up his own production skills and DJ game. Now he is brewing up house, deep- and tech, clear hints of melodies and the occasional vocal. At the end of day Luno’s tracks are not only party proven, but also officially licensed for predrinks at your place.