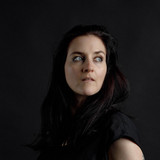 Australian singer-songwriter Catherine Traicos offers up a graceful blend of alt-country, blues, rock and folk, delivered by one of the most distinctive voices in contemporary music. After seven critically lauded studio albums, Traicos is back with Nobody Could Hear Us (out 25 October 2019), her most deeply personal album yet.

Written, performed, recorded and arranged by Traicos, mixed and mastered by long-term collaborator Nick Huggins (The Dirty Three, The Marquis de Tren and Bonny Billy), Nobody Could Hear Us is a lo-fi, minimalist journey through a range of experiences and emotions. Catherine has appeared at the Americana Music Festival, played the Live at Heart Festival in Sweden and graced such diverse stages as Nashville's iconic Bluebird Cafe, The Sydney Opera House Concert Hall, the Quarry Amphitheatre in Perth and the Junkyard in Maitland. In early 2020 she teamed up with pop producer Stuart Stuart (The Veronicas, Sheppard) to record two new tracks set for release early in 2021. "(Traicos is) an artist of exceptional poise and talent, as many of us have known for years." Samuel J Fell, Sydney Morning Herald, Nov 2017 "These unsettling blues-influenced songs simmer with a sense of noir, an impressive meeting of the earthy song-writing of Beth Orton with the grim undercurrents of, say, Portishead." Barnaby Smith, Rolling Stone Magazine, Feb 2014 Photos and Artwork: Studio Papa, Caitlin Worthington Photography