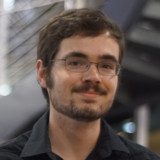 Known both for his quirky sense of humor and his drive and passion for the musical arts, Daniel Caton is a professional composer with three diplomas in film scoring. Two of those are duplicates due to printing errors, but hey, more diplomas are more better. His music has been featured in a wide variety of projects, including films, trailers and even video games, such as Ubisoft's upcoming Beyond Good and Evil 2. He greatly enjoys writing, arranging, and orchestrating exciting and impactful new music for projects of all styles and genres, though sometimes he throws proper film scoring techniques out the window and writes songs using marmot noises. However, marmots aside, he is still very capable of writing serious music. From the sweeping melodies and rich harmonies of classic Hollywood films to the cutting-edge complexity of modern electronica, he works with traditions and styles both old and new, combining them in unique ways in order to develop an innovative new sound.