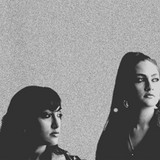 Described as “a gift to those of us who still believe in magic” (The Observer), London siblings Kitty, Daisy & Lewis Durham are awesomely talented songwriters and multi-instrumentalist musicians. They have sold over a quarter of a million albums worldwide, sold out headline tours and played

Glastonbury numerous times, they’ve opened shows for some big names -hello Mark Ronson and Coldplay. Starting out young, they have inspired audiences and gathered an impressive fan base from Amy Winehouse and Eagles Of Death Metal to David Lynch.