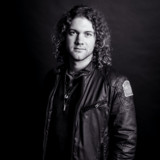 Simon Andersson is a musical powerhouse and an award winning artist. With music influences that span from the early days of rock ’n’ roll to the contemporary music scene, he’s a very talented songwriter and a producer from Malmö, Sweden. At age eleven, he made his first appearance on national TV and held his first award at age thirteen. After high school he later graduated from Malmo Music Academy and attended the music producer program wanting nothing short of a professional career. This led to him - a few years later in 2013 -walking off the Fonda theater stage in Hollywood as the winner of ”Best Song of The Year”. The win didn't go by unnoticed and Simon soon found himself performing live on American TV, breaking the top 80 on Music Row’s Break-out Chart and participating at the CMA Festival two years in a row. In 2019, Simon teamed up with with different artists and DJ's to explore uncharted territory and looking for new sounds. His musical background and instrumental skills lay a solid foundation for a music journey that has just begun. Official website: https://www.simonandersson.net