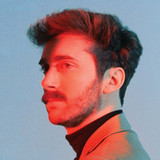 Edmond Huszar aka OVERWERK is a music producer, designer, and artist. Seamlessly moving between creative endeavors, OVERWERK has established himself as a musical and artistic heavyweight. Despite remaining independent in an industry driven by corporate interest, OVERWERK’s dedication to art has only bolstered his international following. His most recent project, “Vessel”, is an album that embodies OVERWERK's vision and growth since his debut album, “State”. Through a diverse collection of driving beats and encompassing sound, Vessel delivers an unparalleled sonic experience. Each track on the album demonstrates a unique balance of power and elegance, a distinct mix only found in OVERWERK music. Commercially, OVERWERK’s innovative compositions are highly sought after. His music has been licensed by hundreds of brands to date, leading to a wide variety of collaborative projects. With such a strong presence in the fashion and entertainment communities, it’s no surprise his music has been tied to brands such as Prada, Gucci, Vogue, BMW, Yves Saint Laurent, and Chanel. Additional to satisfying the ears of listeners, OVERWERK still finds time to expand his artistic prowess. Between producing, scoring, and touring, OVERWERK’s visual creations and artworks are praised among fine-art circles. With consensus from creative directors to gallery curators, OVERWERK’s design ability is as undeniable as his music.