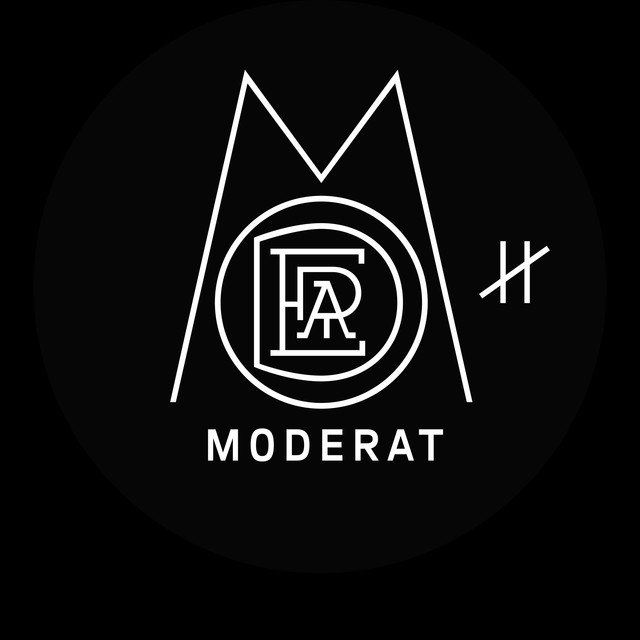 Described by one critic as a "minimal techno supergroup," Moderat consists of Sascha Ring, better known as Apparat, and the duo of Gernot Bronsert and Sebastian Szary, better known as Modeselektor, with the three first working together in 2003. The trio released the 12" Auf Kosten der Gesundheit (consisting of four tracks and a series of locked grooves) on Ellen Allien's BPitch Control, but they placed Moderat on a shelf for several years. They put together a stylistically varied and often frantic self-titled album, featuring guest vocals from Paul St. Hilaire and Eased, and released it on BPitch in April 2009. Worldwide tours and festival appearances occurred under the Moderat name for the next four years, but the group didn't return to the studio until 2013 when the album II was released by Mute Records in North America and appeared elsewhere on Monkeytown. The album sold briskly for an electronic release, reaching number ten on the German charts and respectively peaking at 11 and 23 in Switzerland and Austria. Two EPs, Last Time and Bad Kingdom Remixes, landed in 2014 before the group returned to the album format two years later with the aptly titled III. Live, recorded at a sold-out concert that took place in Berlin on June 5, 2016, appeared in November. ~ Andy Kellman, Rovi