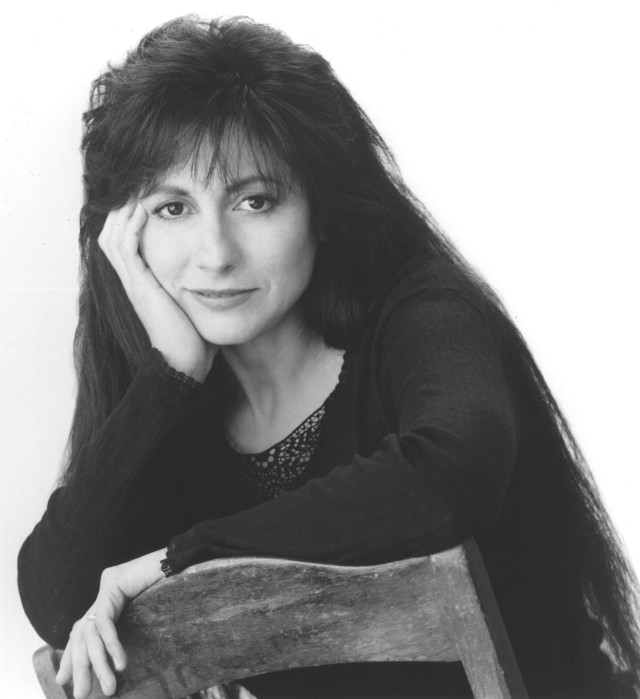 Tish Hinojosa has drawn numerous critical accolades for her borderless approach to music, blending Mexican folk and country music with a modern singer/songwriter sensibility and touches of pop. Inspired by Linda Ronstadt and Joan Baez, Hinojosa took up singing when she was in high school, and after working as a backing vocalist for Michael Martin Murphy and a stint as a contract singer in Nashville, she settled in Austin, Texas, where her eclectic blend of influences found an appreciative audience. 1989's Homeland and 1990's Culture Swing spread her reputation nationwide, as she impressed critics as well as music fans. Recording in both Spanish (1995's Frontejas) and English (2000's Sign of Truth), Hinojosa's clear, sweet vocals and compassionate songs pleased fans, but she performed and recorded less often after relocating to Germany in 2007. Hinojosa became active again after returning to the United States, releasing an album inspired by her experiences, West, in 2018.

Born Leticia Hinojosa in San Antonio in 1955, Hinojosa's parents were Mexican immigrants, and she soaked up their music as well as the area's country sounds and the socially relevant rock & roll of the '60s. She started playing guitar as a teenager, singing folk and pop songs in local clubs; she also sang commercial jingles for a Spanish-language radio station, and recorded a few Latin pop songs for a local label as well. In 1979, she moved to Taos, New Mexico, and eventually landed a job singing backup with Michael Martin Murphey. In 1983, she relocated to Nashville and tried to make it as a singer and/or songwriter, but found that she didn't fit the mold of what record companies wanted, despite recording a one-off single for Curb ("I'll Pull You Through"). In 1985, she moved back to Taos, and two years later completed the self-released cassette Taos to Tennessee. In 1988, she moved to Austin and hit the city's thriving roots music scene, where she knew her distinctiveness would find a better reception. Hinojosa quickly landed a deal with A&M, and in 1989 she issued her official debut album, Homeland, which received highly complimentary reviews. Her next effort, Culture Swing, was released by the respected roots label Rounder in 1992 to even greater acclaim; thanks to its free-thinking musical cross-pollination, the National Association of Independent Record Distributors named it Folk Album of the Year. Around the same time, Watermelon issued three archival recordings, including a live album, a holiday album, and the first appearance of Taos to Tennessee on CD. Thanks to the attention surrounding Culture Swing, Hinojosa landed a deal with Warner Bros., debuting for the label with 1994's Destiny's Gate. Although her time with Warner signaled a more polished approach (some naysayers said sanitized), she also continued to record more specific projects for Rounder, starting with 1995's Frontejas, an overview of Texas/Mexico border music that won massive respect in the Latin music community. Dreaming from the Labyrinth followed on Warner in 1996, and that same year she issued a bilingual children's album, Cada Niño (Every Child), on Rounder. Frustrated by Warner's reluctance to put out more of her material, Hinojosa eventually secured her release from the label and returned to Rounder. In the meantime, she continued her activism on behalf of Latino and women's issues, even as her 20-year marriage broke apart. Finally, after a four-year absence from recording, Hinojosa returned in 2000 with Sign of Truth. In 2001 Texas Music Group re-released the classic Taos to Tennessee, and in 2003, the holiday album From Texas for a Christmas Night and a live best-of record were both issued. In 2005 Hinojosa released Heart Wide Open, her first studio album in five years; that same year, she moved to Germany to pursue a romantic relationship. Hinojosa married in 2007, but found it difficult to maintain her career momentum in Europe, and after the release of the country-accented Our Little Planet in 2009, she found it harder to book shows, and as she performed less, she also wrote less. 2013's After the Fair, largely written and recorded while Hinojosa was in Austin to complete her college degree, was released as her second marriage was coming to an end. After returning to Texas at the end of 2013, Hinojosa dealt with a creative dry spell and health problems, but in time, both her health and inspiration returned, and she released West in 2018. ~ Steve Huey & Mark Deming, Rovi