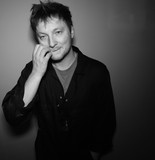 Irish songwriter Darragh O’Dea is known for his wistful storytelling. By using historical imagery to tell present-day stories, he creates nostalgic nuggets of joy and despair. His music conveys the moods and elements of his surroundings, delivered in an honest and alluring manner. Released on 29.10.2021 the debut album, “Tilly & The Postmaster", has been described as a love letter to Ireland – all its madness and beauty. Including singles, Guerrilla Warfare In Your Back Garden which features Katherine Priddy - a song about fighting over land and inheritance and title track, ‘Tilly and The Postmaster’ – written through the eyes of his grandmother, touching on death during a pandemic and not being able to attend the funeral of your loved ones, Darragh has gone on to receive airplay on both BBC Radio Scotland and BBC Radio Wales. His new material, influenced by peers such as Bright Eyes, Christy Moore, Kevin Morby and Willy Mason, shows that he is a master storyteller. Darragh has taken to the stage of the Moseley Folk Festival (Birmingham), Whelan’s (Dublin) and The Harrison (London). "A song-writing maturity and lyrical sensitivity that sets him apart from many of his contemporaries" - Cian O'Connell (Connacht Tribune) “Deliciously uncool in a heart on sleeve way” - Donal Scannell (Born Optimistic) "Great imagery and poetry" - Ruth Smith (Simply Folk, RTE Radio 1)