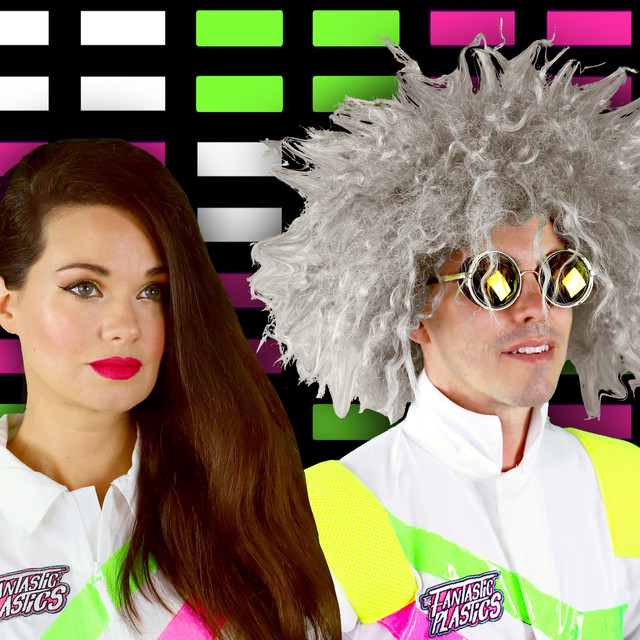 Describing themselves as “The Future of The Future”, The Fantastic Plastics mix new wave, synth punk, and electro elements with Orwellian and Sci-Fi inspired lyricism. The band is a two piece live act, consisting of Miranda Plastic on Moog Synth/Theremin, and Tyson Plastic on Guitar, as well as video installations, custom costumes, and more. Following a stint in Brooklyn, where they made an impact at stages like the CMJ Music Marathon, Northside Festival, the Chris Gethard Show, and the Kotaku/io9 Cosplay Ball, The Fantastic Plastics spent a summer on VANS Warped Tour and returned to earth to perform at SXSW. The Fantastic Plastics perform songs from Malfunction on their weekly Twitch stream. The band, who are Twitch Partners, host a live stream for their fans ("The Plastic Party") where they interact with the audience, playing new songs and taking requests from their back catalogue and library of covers.