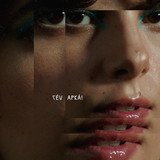 Céu proved to one of the more internationally appealing singers to break out of Brazil around the time of her 2005 debut, ultimately winning both Latin Grammy and Grammy nominations for Best New Artist and garnering interest across Europe, North America, and finally Asia. Her delivery style weds iconic Brazilian phrasing and nuance with her airy, slightly smoky alto; it is married to a highly original mix that seamlessly juxtaposes post-tropicalia samba, valsa, choro, soul, reggae, hip-hop, and jazz. Beginning with 2012's Caravana Sereia Bloom, electronica was subtly added and took an increasingly dominant role in performances and singles. 2016's globally celebrated Tropix wed all of the above with electro and jazz, cementing her reputation as an innovator. She won a Latin Grammy for Best Portuguese Language Contemporary Pop Album and four Prêmio Multisho awards in Brazil, including Album Recording of the Year. She was born Maria do Céu Whitaker Poças in São Paulo; however, she bills herself as simply Céu. (In Portuguese, céu can mean either sky or heaven, depending on the context; more specifically, the word comes from the Latin word caelu and refers to the infinite space overhead, including the sky as well as the cosmos.) She grew up in a musical family; her father is a composer, arranger, and musicologist. At an early age she learned to appreciate renowned Brazilian composers such as Heitor Villa-Lobos, Ernesto Nazareth, and Orlando Silva, and as a teenager, she decided to become a singer. Rather than go to college, she studied music, including theory as well as the violão, a nylon-stringed guitar native to Brazil. At 18, Céu relocated to New York City for a time. There she encountered many new influences, including old-school jazz singers such as Billie Holiday and Ella Fitzgerald, as well as contemporary R&B singers such as Lauryn Hill and Erykah Badu. While in New York City, she befriended Antonio Pinto, a fellow Brazilian musician best known for composing the award-winning score to the film City of God (2002). After moving back to Brazil and fronting a couple groups, Céu recorded her debut album, a self-titled release produced largely by Beto Villares, with the aid of Pinto. CéU was released in 2005 by Urban Jungle, a label based in São Paulo, in partnership with Ambulante Discos, Villares' label. The album was later licensed by Six Degrees, a stylish label based in San Francisco that is known for its catalog of Brazilian releases, after CéU had already met with success in parts of Europe, including France, and, by association, French-speaking Canada as well. Thanks to the buzz surrounding her debut, Céu's debut landed at the top of the World Albums Charts and inside the top half of the Top 200. The set earned a Latin Grammy nomination in 2006 for Best New Artist. Her sophomore release, Vagarosa, arrived in early 2009. For 2012's Caravana Sereia Bloom, Céu worked with producer Gui Amabis to radically alter her approach to recording. She drew inspiration from earlier tropicalia while incorporating everything from Peruvian chicas and cumbias to reggae to alter her sound.

Employing a large cast of singers and musicians, Céu turned toward electronic music with 2016's Tropix. Produced by drummer/keyboardist Hervé Salters (General Elektriks) and Pupillo (drummer for Brazilian band Naçao Zumbi) using vintage synthesizers and keyboards as well as standard pop instrumentation, Céu wrote all but one song on the set, a cover of "Chico Buarque Song," by the obscure group Fellini. Tropix was released internationally in March and won a slew of awards in the U.S. as well as Brazil. Tropix spent 16 weeks in the Top 200, peaking at number one for a week in April of 2016. The release prompted a whirlwind of global touring, primarily in top-shelf clubs. Céu took time off after the tour, as she and Pupillo had a son. When she re-entered the studio, she rehired the Tropix team: Pupillo and Salters co-produced and contributed instrumentally, while Lucas Martins played drums and Pedro Sá guitar. The record continued to utilize electronics, but deviated from Tropix by focusing its experimentation on neo-psychedelia wed to funk and African rhythms. Entitled APKA! (a child's term of delight), the set comprised nine originals, including the single "Forçar O Verão," that melded dub, psychedelia, surf, and post-Afrobeat Nigerian pop. It also included two commissioned cover songs. Caetano Veloso gave her "Pardo," while "Make Sure Your Head Is Above" was penned in English (at Céu's instruction) by Dinho of Boogarins. The latter featured American guitarist Marc Ribot in a guest role. APKÁ! appeared in Brazil in 2019 and was issued internationally in June of 2020. ~ Jason Birchmeier, Rovi