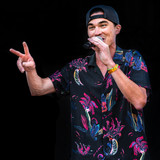 Kevin Bong ‘KBong’ is a multi-instrumental artist known for his 'key' role in reggae band Stick Figure. Touring with the group since 2012, KBong has solidified his place as one of the most enthusiastic keyboard players in today’s current Reggae scene.   In 2014, KBong released his debut album 'Hopes And Dreams' featuring songs written from various personal experience. In 2018 he followed it up with ‘Easy To Love You’, produced by bandmate Johnny Cosmic. KBong’s enthusiasm and knack for positivity is apparent in music. As KBong says, “Music is an expression of ourselves; it’s an art form. When you allow it to freely happen, it can make a positive impact on yourself and those around you.”  Check out KBong’s latest album ‘Let Love Lead' and his complete discography on the 'All Things KBong' playlist streaming now.   Tour Dates, Merch and More http://www.kbongmusic.com