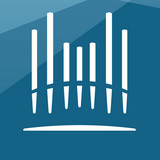 Please follow our new Spotify page here: https://open.spotify.com/artist/1GRl6sRyLg9ToOohIE2wW5?si=8cVIrAW8Q_2sPpf3EX-U5Q The Mormon Tabernacle Choir (now known as The Tabernacle Choir at Temple Square) began as a small choir gathered to sing for a church meeting just three weeks after the Latter-day Saint pioneers arrived in Utah’s Salt Lake Valley in 1847. Today composed of 360 volunteer voices, the Choir sings from both the Tabernacle and Conference Center in Salt Lake City where they are heard by millions worldwide through radio, TV, satellite and internet broadcasts, tours, and recordings. The Choir often performs with the Orchestra at Temple Square, a 200-piece, all-volunteer symphony orchestra organized in 1999. Their weekly radio broadcast, Music & the Spoken Word, premiered on radio on July 15, 1929, and continues to air, enjoying the longest continuous weekly network run in history. More than 200 recordings have showcased the Choir from the early days of long-playing records to today’s CDs, DVDs, and digital downloads. Their 1959 release of “Battle Hymn of the Republic,” won a Grammy award. The Choir has its own recording label and 13 of the Choir’s releases have reached number one on Billboard® Magazine’s classical charts.