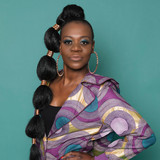 Those who have experienced Alina Amuri in a live performance know that she is able to imbue soft tones with the same intensity as loud ones. As she sweeps across the stage with elegance and power, she binds her audience with the spell of her musical prowess. The interaction between her and her fellow musicians is as natural as the one between Alina and her audience, who is charmed instantly. What draws Alina is the way she can become part of a person’s life through her music, she says. Alina Amuri is rooted in the Neo Soul, Urban, Hip Hop, Afro Soul and Pop genre. Her voice is modern, warm, and deeply touching. Her melodious singing transfixes us and gives us goosebumps, only to make us groove a moment later as if there was no tomorrow. And as if Amuri’s voice weren’t instrument enough already, she will occasionally wield a guitar or even a transverse flute t to entrance us further. In 2015, she won SRF 3 “Best Talent April” award, the year after she was nominated for the Swiss Music Award in category «Best Talent». In 2019, Alina Amuri won the Swiss Live Talents Award in the category “Best Emerging Talent”. «New stuff is in the making!» Alina is currently working on new music. New releases are being planned, and her newly assembled live sets will soon bring Alina Amuri’s magic grove back to audiences everywhere. Stay tuned! www.alinaamuri.com