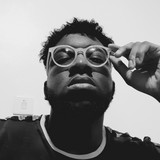 Arinze Ononye the Lagos-Based Producer and Songwriter commonly known as "Weird Tyler" is one of the fast rising Electronic music producers in the dance music scene. He started making music in 2016. Inspired by Calvin Harris & Avicii, he taught himself guitar and learnt music production through watching tutorials on YouTube. In early 2019 he released "Aiming At The Sun" with the talented New Zealand Singer Lauren Day which gained positive reviews from other DJs and Producers. He is also known for making remixes for Norwegian DJ/Producer Matoma, Dance trio Clean Bandits, Singer Delaney Jane and Shaun Frank. In 2020, He released "Light Up" w. Deadwvlf which instantly became a radio favourite in Nigeria and was featured on top 3 homegrown chart for 6 weeks. He released his latest single "Escape" with the dynamic duo Mazemelos and singer-songwriter Iso Ijah.